Hello Ilysians! We are back once again with an update regarding all things Team 21 Studio, Inc. For this blog, we highlight our growing team, update you on what we’ve been working on during August, and take a look at some cool stuff happening in the community!

If you’ve missed our past blogs, you can find each month posted under our news section on our website!

Let's begin, shall we?

Some exciting news regarding Team 21 Studio, Inc! This past month we brought on more team members to help us in development and community. We have really grown over the past few months and with all these amazing additions to the team, we are bringing in industry veterans to help make Ilysia a living, breathing world for players to explore!

Take a moment and read up on a few words from our newest team members below:

"Growing up, my mom was a 3d dev, uncle was a VR academic, and grandparents were amazing at Atari. My first credit card purchase? -N64. Admittedly, still harbor fond memories of our family's IntelliVision and 'C64'. (DOS ftw!) Professionally speaking, in 2004, took my first coding gig as a self-taught Flash dev making interactive 3d websites. Ten years later, while serving as senior dev at a casual gaming company in downtown SF, my head exploded the first time experiencing VR when a coworker lent me their Oculus DK1. While primarily using AS3 and Obj-C at the time, I immediately switched to C#. Since then, have been a devout 'Unity' nerd with continued interest in all areas ranging from XR, blockchain, procedural audio, particle systems, efficient app architecture, and networking. Ooh, and when not purging 'dev guilt' through perpetual keystrokes, I make drum & bass music.

"I fell in love with creating games at 14, making dozens of flash games -- that nobody played. But I was hooked, and game development quickly turned into my career and passion. Since then I've been able to work on projects my teenage self could only dream of. I can't imagine doing anything else."

"3d Graphics Programming has been the central focus of my professional life. My work naturally included games, 3D scanning, augmented reality and ultimately, virtual reality. World of Warcraft has been a huge influence for me since Burning Crusade. Ready Player One cemented my fascination with huge-shared virtual environments. When I heard about the Ilysia project I knew I had to be part of it!"

"Creating art has always been my passion, and I figured why not combine that with my love for video games so I went to school for Game Art and Design. I've done a wide range of art for the gaming industry, from concept art to world building and everything in between, but I especially enjoy hand painting textures because it makes environments resemble a painting that you get to run around in. I have worked on a number of different games from indie, to mobile, to the MMORPG Stargate Worlds, and have even created my own side-scrolling action game called Minecart Quest. I love creating worlds that no one has ever seen before and making them as breathtaking as possible, while adding elements of intrigue to the environment that inspire players to explore."

"With 30 years of experience in game development, I started out as a pixel-artist at Origin System Inc. working on the “Wing Commander” franchise. I’ve since grown along with the industry and worked as an Environment Artist on dozens of projects ranging from the “Star Wars: Galaxies” MMO and its expansions, several Wii titles including Disney’s “Epic Mickey 2”, Arkane Studios’ “Prey”, and an as-yet unannounced Nintendo Studios title. VR is entirely new to me, and I’m excited to be creating art in this newly emerging space."

"I’ve always had a huge fascination for game development, virtual reality and fantasy settings. As a kid, I would create a bunch of different short games in platforms such as RPG Maker and The Games Factory 2. In more recent years, I’ve been playing around with Unity and helping out a close friend develop his own game. I love platformers the most while also really enjoying stealth and adventure games, as well as MMORPGs. My experience in community engagement comes from my 2+ years as a volunteer admin for Ilysia’s Discord server. I’m a huge daydreamer and have always wanted to immerse myself in a fantasy world such as Ilysia, so I’m very excited to officially join the team and contribute to the game’s growth in a more significant way!"

With our team's continued growth, we’ve been heads down and focused on a ton of improvements to Ilysia ahead of Beta 1. Thanks to a successful Alpha 2 testing phase and community feedback, we have been focused on the following improvements:

Outside of our dev team, the art team has also been working on a lot of cool stuff! Here is a sneak peek at one of our Lagenan Imperial Guards! 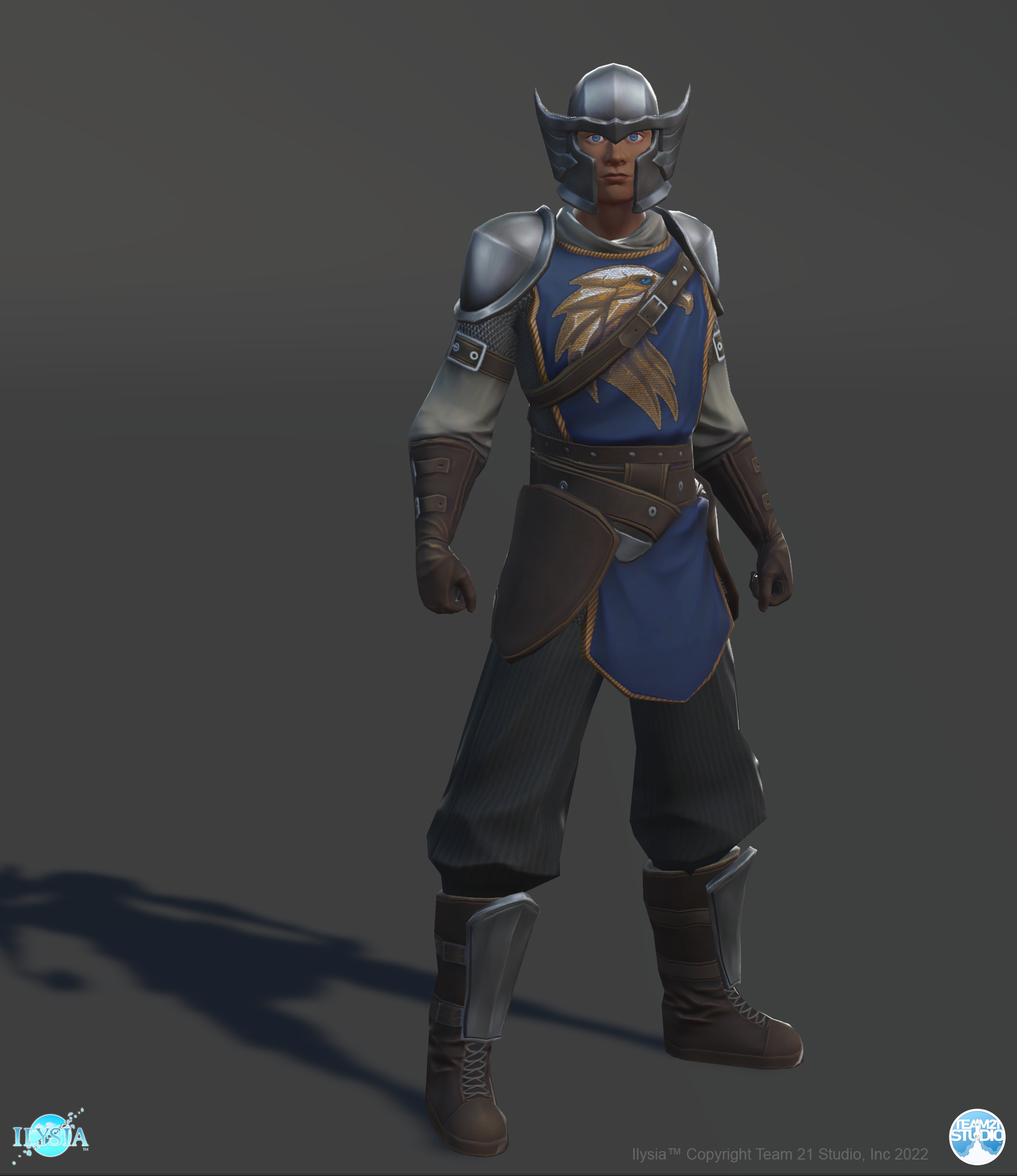 Now mind you, this was our focus for August, and while we really, really, REALLY want to spill the beans (yes, I said it), we still have to keep part of our development under wraps for now.

You’ve been asking, and we’ve been planning. We’ll be kicking up some more community game nights in the Discord community and encourage you to come hang out with us! If you haven't done so, jump into Discord and grab the Events role in our role-assignment channel. You’ll get notified when these events start, and don’t worry, we like to plan ahead so those that wish to participate have a day or two to adjust schedules and join in. We’ll be hosting several of these events during September and beyond!

Not only is it chaos when we run these game nights, but it also offers you an opportunity to score a Beta key as we run giveaways in tandem with these events. So be on the lookout for them!

This month we take another look at what the community has been up to in the art world! With a little 2d art, modeling, and blacksmith skills IRL, the community continues to show off some insane talent!

If you’d like to be featured in our community showcase, drop your artwork in our Ilysia Fan art channel on Discord! 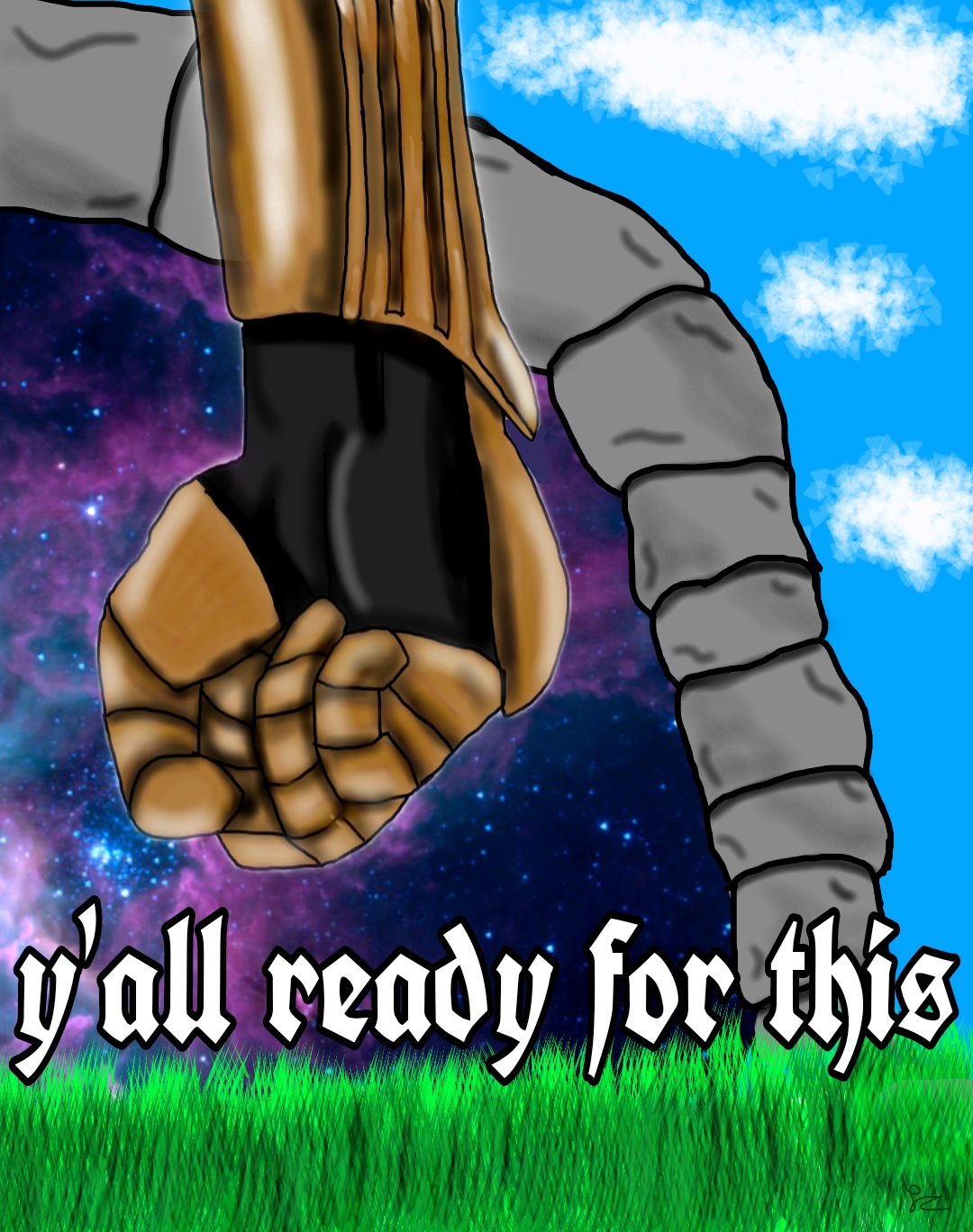 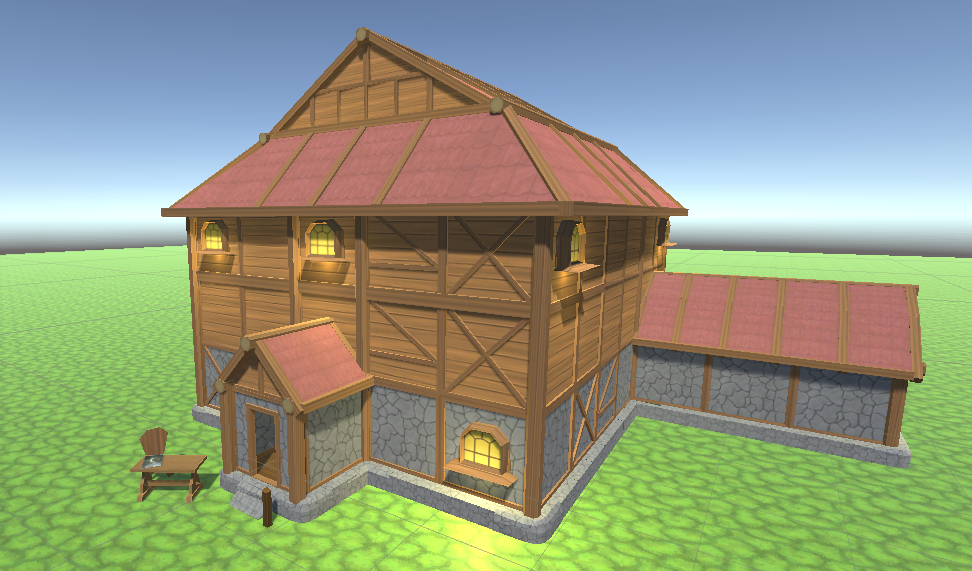 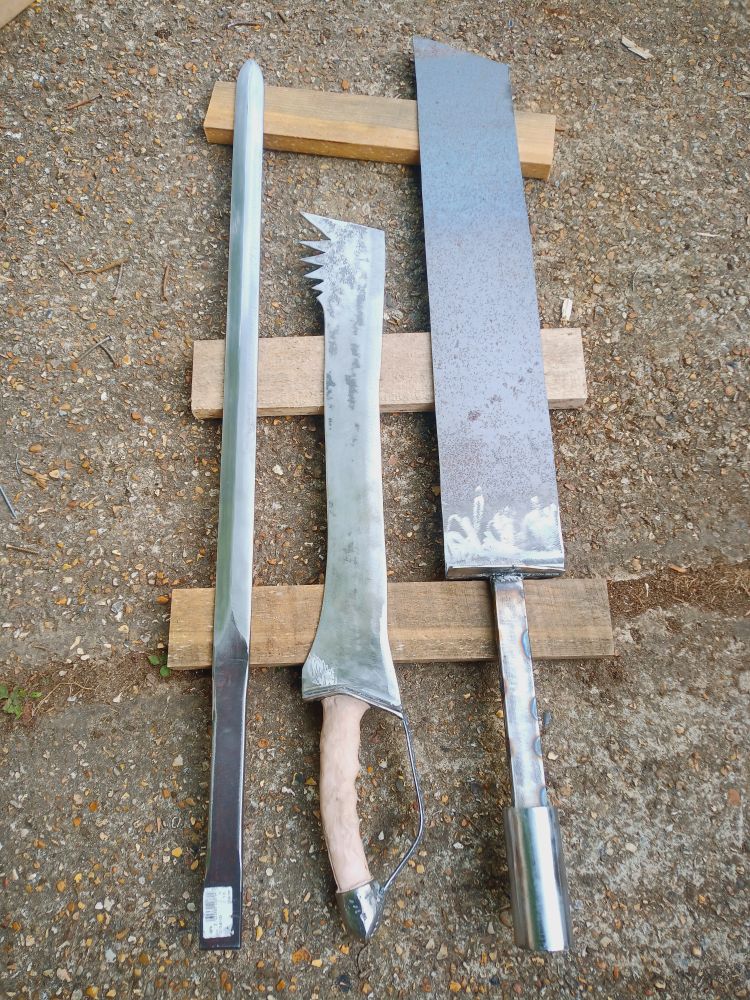 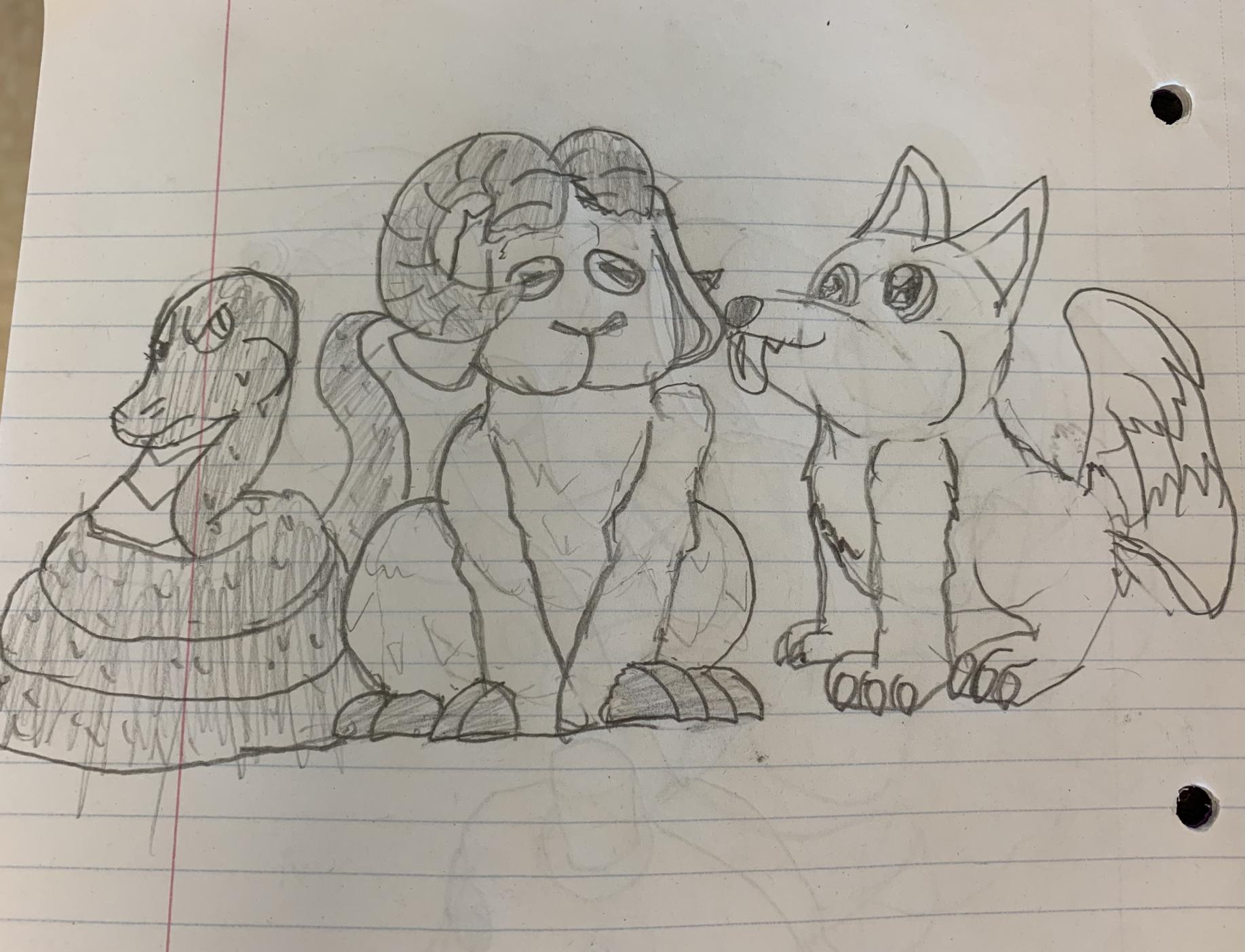 Thank you all for reading this month's blog! We will continue to post these out at the end of each month to keep you updated on the happenings around Team 21 Studio and our community!

In between our updates, feel free to join us in Discord and chat with us! We’d love to have you in our community!